road tripping with a baby 101

On Boxing Day we drove home to BC to visit our family. This is something that we have done countless times in the almost 10 years since we moved away from Nelson and it has almost become second nature. Well, things sure are different with a newborn! Here are 5 tips for road tripping with a babe from a total rookie…

1. Plan ahead. Gone are the days of just throwing your clothes in a bag and hitting the road! Babies come with a lot of gear… and lots of things you don’t want to be without!

2. Leave at the crack of dawn. We left when Eli woke up to eat in the early morning. He was still sleepy which meant we got about 3 hours of sleep for the first leg of the trip.

3. Prepare to be a one man show. I sat in the back with the little squish and seriously felt like a performer for most of the trip. After his first 3 hour sleep he decided to only take 20 minute cat naps the rest of the way (le sigh) so there were plenty of hours spent singing, making funny faces and pulling endless toys out of my Mary Poppins bag of tricks.

4. Adjust your expectations. Obviously, you stop when he wants to stop and you feed him when he wants to eat. It would be great if this was conviently timed to happen when you were in some sort of civilization, but babies don’t care about that kind of thing (how rude).

5. Try to feed in the car. This I totally failed at. I pumped a bottle to bring with us and a thermos of hot water to heat it up so I could feed him without stopping if we were in the middle of no where. He’d just make disgusted faces whenever I tried to give him the bottle, chewed it for a couple of seconds and then spat it out. Fail. Phase two of trying to feed him in the car involved some gymnastic maneuvers and me trying to get my boob into the car seat. Fail #2. It would have been super great if either of these handy techniques worked though!

All in all the trip was pretty good despite the cat naps and the bottle refusal. What usually takes us 7 hours took about 9. And although my throat was sore from all the singing, it sure was worth it to see those toothless smiles along the way! 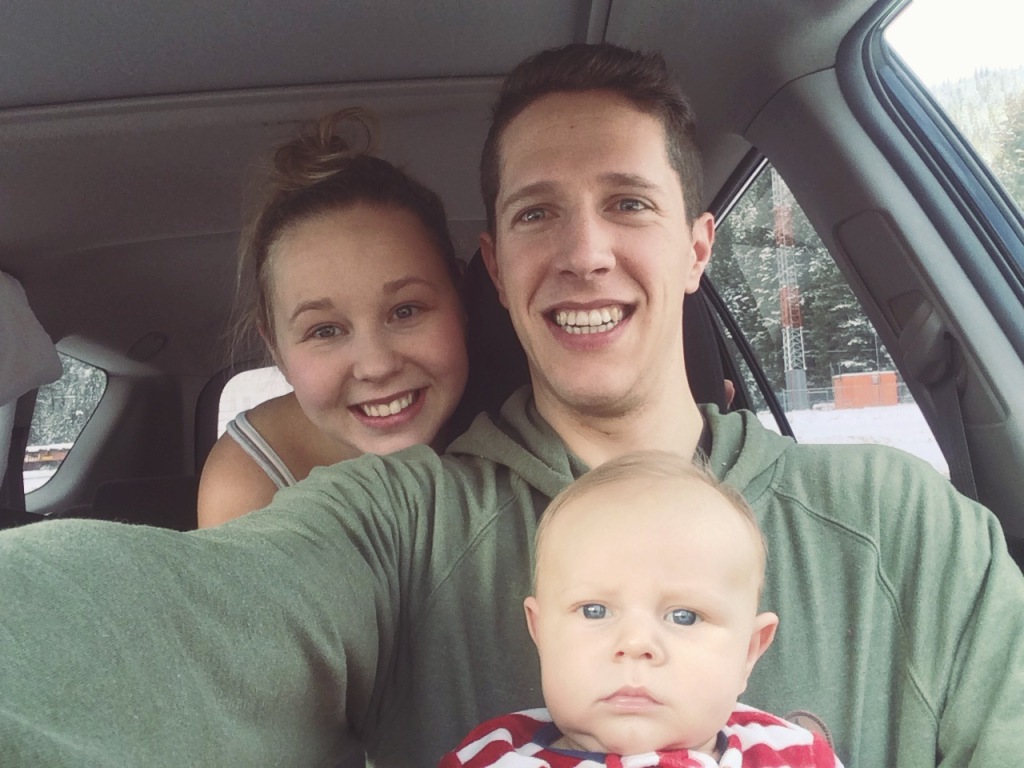 Previous confessions of a new mom
Next 2016 in review

confessions of a new mom

This error message is only visible to WordPress admins

confessions of a new mom

This error message is only visible to WordPress admins